Does a Rising Tide Lift All?

This week we bring you the September 2018 DIVER Geo Scores.  In addition to our regularly collected data, the U.S. Census Bureau released 2017 poverty rates and most states showed decreasing rates year-over-year. But, before we assume that the rising tide is lifting all boats, some states and cities have weaker employment pictures (as reported last month) and increasing foreclosures.

Below are the top and bottom ten States ranked by their Geo Scores for September 2018. For a full list of all states and their respective scores, visit our website.

At the state level, this past month jobless rates were 0.69% lower on average for top mover States compared to 12 months ago. Minnesota, Kentucky, Georgia and Illinois had particularly good upticks in employment. Additionally, Alaska had appreciable decreases in year-over-year unemployment from 6.3% (2017) to 5.4% (2018). The unemployment rates in Idaho, Iowa, Minnesota and Maine set a new series low, with all below 3%. But, by contrast, Maryland, Wyoming and 5 other bottom performing states showed job losses last month.

In September, U.S. Census Bureau’s American Community Survey released the 2017 poverty statistics by state. According to the report, most states had decreased poverty rates in 2017 when compared to 2016. For example, poverty rates in Idaho and Kentucky dropped by 1.6% and 1.3% respectively over the twelve-month period. But in Alaska and Delaware, more residents were living in poverty in 2017 than in 2016. It remains to be seen if recent decreases in Alaska’s unemployment rate will have an effect on the state’s overall poverty rate.

In the housing market, Iowa, Indiana and Illinois had the biggest decreases in foreclosure rates while Nevada had a slight 0.03% increase in foreclosures filings. 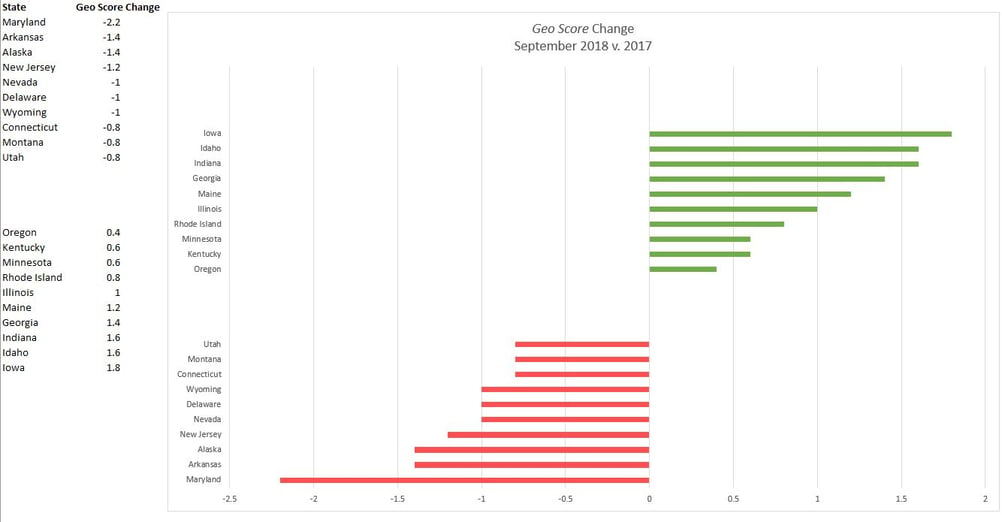 Below are the top and bottom 25 counties ranked by their Geo Scores for September 2018. For a full list of all counties and their respective scores, visit our website. 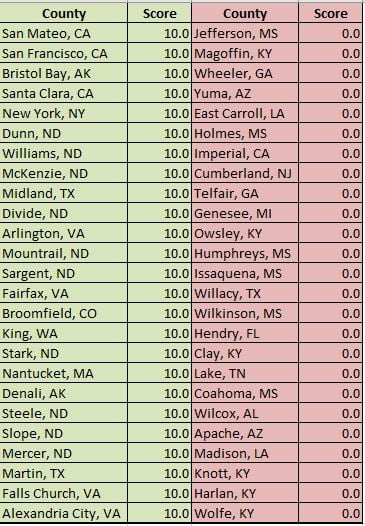 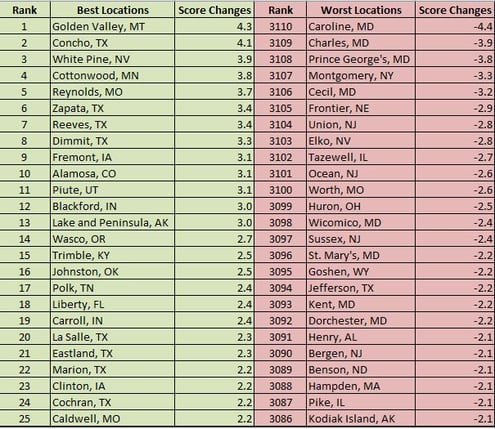 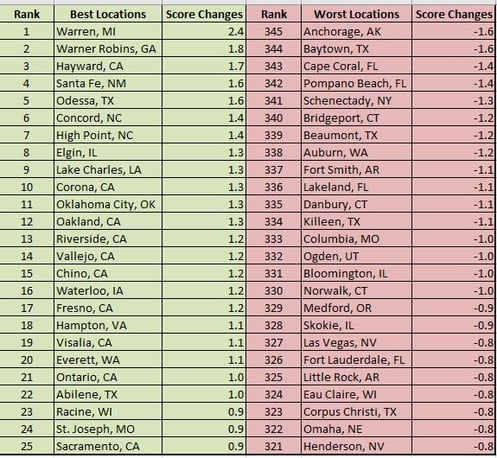